Australians in the Battle of Britain. 30 October 1940. Bill Millington

Australians in the Battle of Britain. 30 October 1940. Bill Millington


On 30 October 1940—during a day that Tom Neil would later recall as ‘a miserable, bitty and perfectly bloody day—23 year-old Pilot Officer William Henry Millington, Jr, DFC, took off on his last sortie.


The squadron was patrolling North Weald aerodrome at midday, at about 20,000 feet. Then, according to the squadron diarist:


‘8–10 Messerschmitt 109s [were] sighted at 28,000 feet. These enemy aircraft scattered and individual chases took place. Pilots noticed that groups of 109s repeatedly flew out to sea and then turned back again as if to entice others out to sea.’


It seems, according to squadron historian Brian Cull, that Bill succumbed to the enticement as, after ‘finding himself caught up in a series of sporadic actions...over the Channel...[h]is aircraft was last seen chasing a German fighter out to sea; it is believed Bill was the victim of Fw Bielefeldt of 3 Staffel [I/JG51] who claimed a Hurricane at about this time.’


The strange thing of it is, that Tom Neil, who had taken off on the same patrol but had to return to base with engine trouble, was not entirely convinced about the enticement scenario:


‘It was said on that fatal day that the Hun 109s enticed our squadron out into the Channel, and it may be so, although it is probably just conjecture. Much more certain is the fact that, if the Hurricanes were at 28,000 feet—which apparently they were—they were far above their best operating height and were fighting at a great disadvantage.’


Certainly, Tom did not recall anything of Bill forsaking normal fighter practice and ‘being particularly individualistic, or going off at dawn on special lone forays, as has been suggested. He may have done so but I can’t bring any such incidents to mind’.


On that sad day, ‘with the loss of Bill Millington especially upsetting’, Tom could barely believe that Bill was missing: ‘I always DID feel that he was sufficiently competent and experienced NOT to be shot down, so it came as something of a shock when he disappeared when over the Channel.’


Tom hoped that Bill would turn up but ‘the fact that he had been over the Channel seemed to reduce that possibility’.


Bill’s disappearance was felt by all. As Tich Palliser recalled it, ‘the whole squadron was sick when Bill was lost; he had been well liked, was a nice lad and had made a great impression on the squadron. He was very much missed.’


And indeed he was especially missed by his furred and feathered friends. According to Tom Neil: ‘In dispersal the little dog Pipsqueak and Wilfred the duck wandered about, mournful reminders of their absent master. If only they knew! But, perhaps they did.’


From his first victory on 9 July 1940, Bill had accumulated a total of 9 and 2 shared destroyed, 4 probables and 3 damaged. He had lived his life under the principles of Scout Law, in particular ‘Freedom, Honour and Fair Play’ and, since leaving his family to go to England to serve his mother land, he ‘had endeavoured to live up to those standards dictated by Honour and Chivalry’. He was sure that he had not failed his parents in living up to these ideals. In a final accolade from his squadron friend Tom Neil, it is clear he had not:


‘I knew him to be a brave and capable colleague and friend, who fought with distinction and was a credit to himself, to his parents, and to all who were close to him. He served both Britain and Australia well. He answered the call to arms and gave all he had to give—with good grace and with cheerful willingness. And as they might well be tempted to say in Australia, ‘G’d on yer, mate!’
Bill Millington, born in Newcastle UK and raised in Edwardstown South Australia disappeared without a trace. On this, the second last day of the Battle of Britain, and the last day of 249 Squadron’s operations in the Battle—there was bad weather and no activity on the 31st—Bill became the 13th Australian entitled to the Battle of Britain Clasp to die. He is remembered on Panel 9 of the Runnymede Memorial. 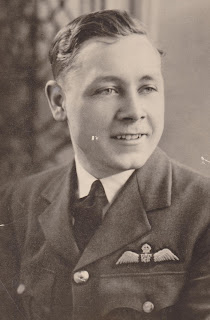 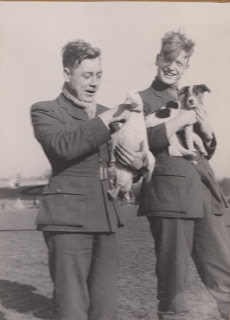 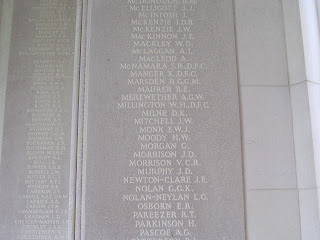 Posted by Kristen Alexander at 13:51

Kristen Alexander
Kristen is currently a PhD candidate at University of New South Wales (Canberra) researching the experiences of Australians in Stalag Luft III and welcomes contact with anyone with family connections to former SLIII prisoners. Kristen’s website is www.kristenalexander.com.au She has been writing about Australia’s aviation history since 2002. Allen & Unwin published Clive Caldwell Air Ace in 2006 and Jack Davenport Beaufighter Leader in 2009. Barrallier Books published Australian Eagles in 2013. NewSouth published Australia’s Few and the Battle of Britain in September 2014. Pen & Sword published the UK edition in April 2015. Jack Davenport Beaufighter Leader was in the RAAF Chief of Air Force’s 2010 Reading List. Australia’s Few was included on the 2015 list. Kristen won the Military Historical Society of Australia’s 2012 and 2013 Sabretache Writer’s Prize. Her articles and book reviews have appeared in Flightpath, Aircrew Book Review, Sabretache, Britain at War, and Aviation Heritage. Taking Flight. Lores Bonney’s Extraordinary Flying Career was published by the National Library of Australia in March 2016.