What's the connection between John Crossman and McNamara VC?

On 20 March 1917, Frank Hubert McNamara carried out a daring rescue under enemy fire that resulted in award of the Victoria Cross. Twelve months later, John Dallas Crossman was born. What do these men have in common? Read on. 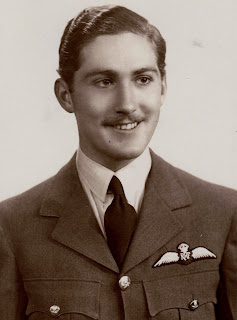 John Dallas Crossman was born in North Queensland, Australia exactly 95 years ago on 20 March 1918. His father Ted, who hailed from Taunton in Somerset, England, had come to Australia in 1912.


John was a great swimmer, enjoyed music, collected stamps and was a voracious reader but his greatest enthusiasm was for flying. He was mad about aeroplanes from the time he could walk and whenever he could, he headed out to the local aerodrome & loved making plane models. Soon, he would turn to the real thing


Handsome young John was firmly set upon a career in the air force. After a grand farewell from his family, friends and fiancée Patricia Foley he set sail for England. While at sea, war was declared and while some cheered at the news but John’s reaction was subdued and resigned: ‘Should this last any time it seems unlikely that I’ll ever see home again. Still I expect it can’t be helped. A fellow has to realise that.’ And as for the decision to go to war, ‘it is a pretty filthy business altogether but really the only thing that England could do’.


Having arrived in England John joined the RAF on 12 August 1939. His proudest moment was the day he received his wings believing that in flying for Britain he would be fulfilling his destiny.


John’s first action was on the September 14th. He admitted to being scared sick and panicky when the squadron attacked a formation of about 60 Messerschmitt 109s at 20,000 feet. The fear was worse just before he fired, but he pushed it aside and ‘got one decent burst into a 109 but was unable to see if I got him as [I] had to get out of the way of a few more’.


John was in the air again on the 15th, the day ever since commemorated as Battle of Britain Day. He ‘ran into hundreds of Jerry kites at about 19,000 feet. Three of us were going round to do head-on attacks on some Dorniers. I lost speed, spun down 6000 feet, came out near 20 more escorted by about 60 Messerschmitt 109s. Three of the 109s came after me. I evaded then came round [and] did a stern attack on the Dorniers. Put all my shots into one of them, set his port engine on fire and saw him go down’


John’s nerves quickly passed. As September advanced he was in the air two or even three times a day. With a zest for life and a bright sense of humour, he made friends easily. When he could grasp a few hours respite he spent time with them in an effort to forget the serious business of fighting. His family and fiancée were also clearly in his constant thoughts as John’s cabin walls were plastered with their photos. A large portrait of Patricia took pride of place in his display.


By the time John took to the air in the afternoon of 30 September 1940, he had flown 18 sorties. At about 1.30 p.m., 46 Squadron encountered a gaggle of Messerschmitt 109s and his Hurricane was hit. John Dallas Crossman was only 22 years old when he died in the Battle of Britain. 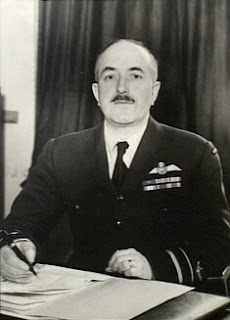 The only Australian Great War airman to receive the Victorian Cross was Frank Hubert McNamara and, interestingly, he has a connection to John Crossman. On 20 March 1917, exactly one year before John’s birth, McNamara and Alfred Ellis, flying single-seated Martinsydes, escorted by Peter Drummond and new pilot Doug Rutherford in BE2cs, were tasked with bombing a section of Turkish railway near Wadi el Hesi. McNamara dropped his bombs over a train but the last exploded as it left the racks. His Martinsyde was caught in the blast and metal fragments cut through the seat into his buttocks. He was dazed, bleeding and in pain so decided to return to base but he saw that Rutherford had force-landed and the Turkish cavalry were fast approaching. McNamara dived through enemy ground fire to land about 200 yards from Rutherford who was attempting to destroy his BE2c. Rutherford stopped when he saw McNamara, dashed to the Martinsyde and climbed onto its wing.
McNamara tried to take off but the aircraft could not take Rutherford’s weight and veered to the left. McNamara’s right leg was next to useless and did not have enough strength to operate the rudder to align the Martinsyde and it lurched into a gully. McNamara and Rutherford pulled themselves from the wreck just before the petrol tank exploded. The Turks were almost upon them and firing as Rutherford helped the wounded McNamara to the BE2c which, although damaged during its forced-landing, looked as if it could fly. Ellis and Drummond arrived and tried to distract the advancing Turks with machine-gun fire while Rutherford helped the still bleeding McNamara into the pilot’s seat. While McNamara fired at the fast approaching Turks, Rutherford swung the propeller. The engine started and he climbed in. Ninety minutes later, they were back at base.


McNamara’s actions exemplified self-sacrifice, bravery and devotion to duty and he was lauded as a hero when he returned to Australia. His rescue of Rutherford was not branded as chivalrous at the time—although he was publicised as a gallant hero—but it was belatedly recognised as a chivalrous act when Septimus Power’s 1924 painting ‘How the Victoria Cross was won in Palestine’ was included in the 1933 publication Australian Chivalry.


McNamara joined the RAAF on its formation in 1921 and served until 1946 when he retired with honorary rank of Air Vice-Marshal. The whole of his service during the Second World War was spent outside Australia, initially as as representative for the RAAF in London until 1942, then on loan to the RAF while commanding British forces in Aden until 1945.


So, what is the connection between John Crossman and Frank McNamara? Well, when Edward Wimperis, who painted John’s crash site on the day he died in battle, tried to track down the Crossman family so he could give them the paintings, he contacted McNamara at Australia House who agreed to forward the paintings to Australia. He told Wimperis on 29 October 1940 that ‘your kind and spontaneous action on the occasion of the death of this gallant young officer is something that moves me with admiration. I know too that the Air Ministry appreciates what you have done. Above all, I am sure that the relatives of the late officer will be grateful’. They were. And are. 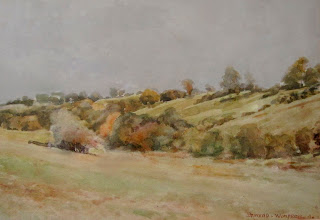 Kristen Alexander
Kristen is currently a PhD candidate at University of New South Wales (Canberra) researching the experiences of Australians in Stalag Luft III and welcomes contact with anyone with family connections to former SLIII prisoners. Kristen’s website is www.kristenalexander.com.au She has been writing about Australia’s aviation history since 2002. Allen & Unwin published Clive Caldwell Air Ace in 2006 and Jack Davenport Beaufighter Leader in 2009. Barrallier Books published Australian Eagles in 2013. NewSouth published Australia’s Few and the Battle of Britain in September 2014. Pen & Sword published the UK edition in April 2015. Jack Davenport Beaufighter Leader was in the RAAF Chief of Air Force’s 2010 Reading List. Australia’s Few was included on the 2015 list. Kristen won the Military Historical Society of Australia’s 2012 and 2013 Sabretache Writer’s Prize. Her articles and book reviews have appeared in Flightpath, Aircrew Book Review, Sabretache, Britain at War, and Aviation Heritage. Taking Flight. Lores Bonney’s Extraordinary Flying Career was published by the National Library of Australia in March 2016.