How thrilled was I when Andy Saunders, editor of Britain's best selling military history monthly agreed to publish my article on the Pat Hughes' last combat?

I submitted the piece on spec months ago, and words can't describe the excitement of finally seeing it in print.
The layout is stunning. A real tribute to Pat, Australia's highest scoring Battle of Britain pilot. A true Aussie Ace. Thanks Andy.
Britain at War, Issue 99, July 2015 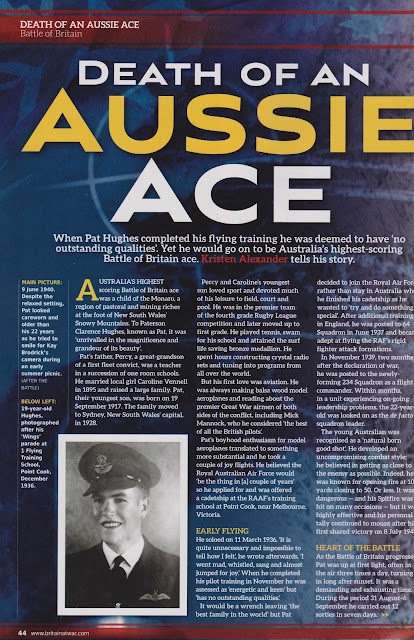 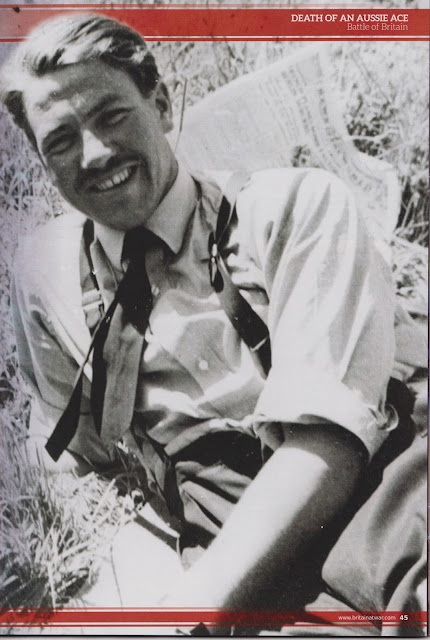 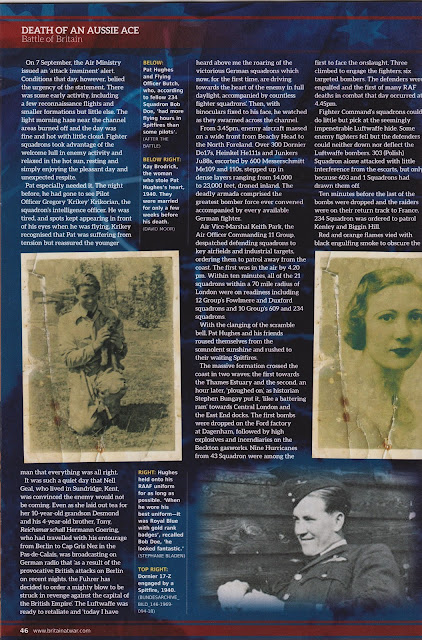 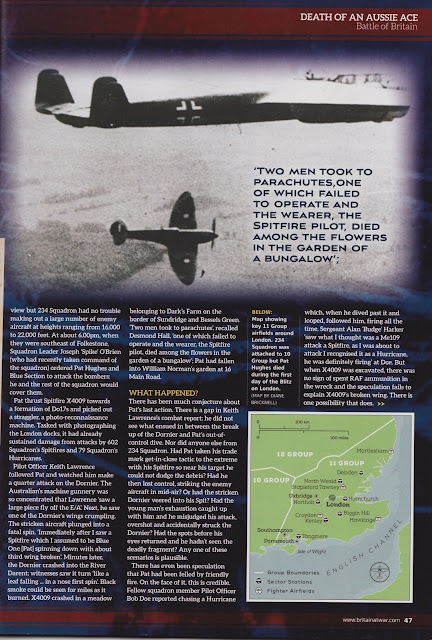 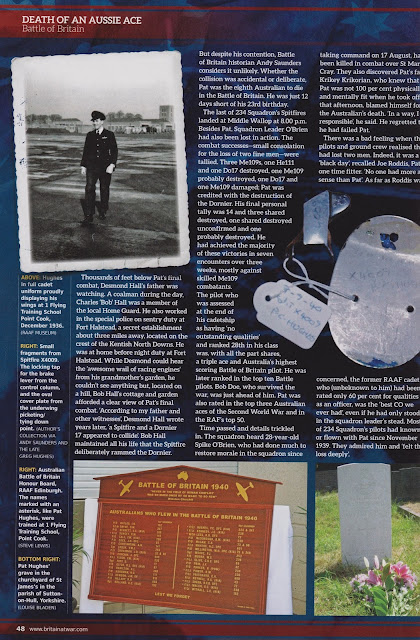 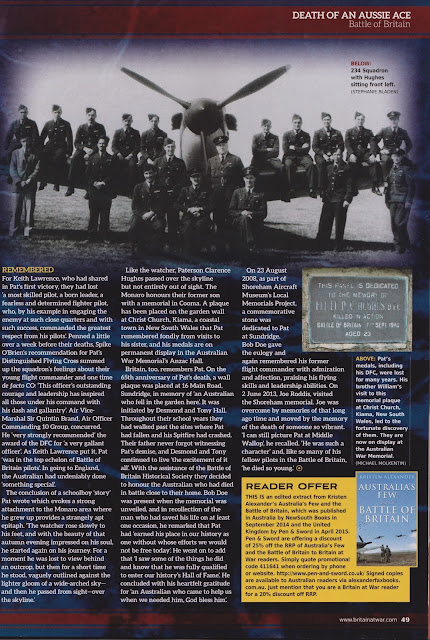 For UK readers: available at http://www.pen-and-sword.co.uk/Australias-Few-and-the-Battle-of-Britain-Hardback/p/10350
Posted by Kristen Alexander at 15:16